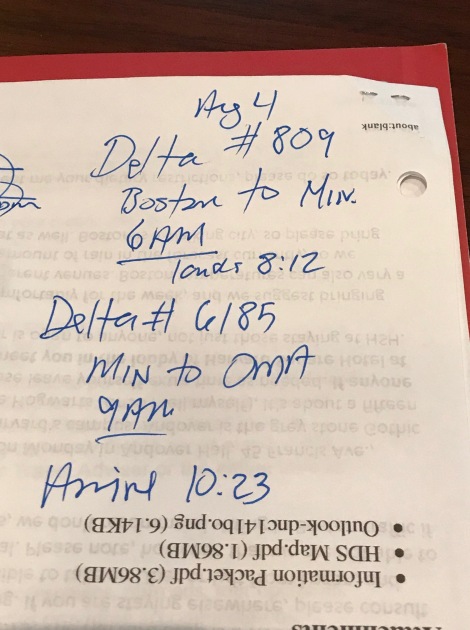 We were just wrapping up the final day of our coursework at Harvard, an intensely efficacious yet refreshingly edifying and accessible experience from which every person to whom I spoke emerged as if baptized into new life as a teacher for the approach that was bestowed upon us freely when, amidst hugs, handshakes, and lunch, I received a text message. My flight was cancelled. I called around, texted with Sonja, and spoke to my cohorts — several of whom were enduring similar difficulties, the tornado-like weather in New York apparently stranding in and outbound airlines at LaGuardia for an unforeseen amount of time. I called around, took notes, assessed my options, weighed the costs. In the end, we rebooked flights for the morning and, graciously, HDS found rooms for each of us throughout Cambridge.

Once checked into my new room, I joined a few friends from the group for a drink and dinner. We grabbed a beer with a friend who was headed for the airport, then scouted around and located an Italian place we were assured had good food and good wine. Right around the corner from where we had been staying, I wondered why I hadn’t seen it until then.

Given it was quiet on the start of Friday night, we sat at the bar in Toscano’s and chatted with the bartender. The selection of wines was vast and focused on Italy. We tasted through large portions of the by the glass list, and ultimately settled on wines we liked, taking the bartender’s recommendation on pairings. Prior to the meal, I had a really nice Super Tuscan. Shortly thereafter, my seafood went brilliantly with a creamy Italian white, a Sylvaner from the north of Italy. We spent the night chatting about our week and our excitement to return home and see loved ones. 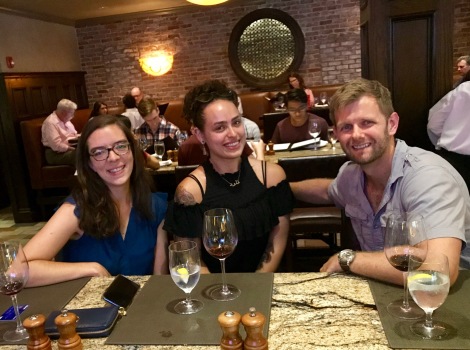 As time passed, we began to realize that this would be the last time for some time that we might see one another. Having spent a week together, grappling with difficult material and sharing drinks and Cards Against Humanity at night to shake it off, this was something of a melancholy realization. With that on our minds, we all decided to order one more bottle of wine.

The Luma Nero D’Avola proved to be the crowd pleaser we were hoping it would be. Brilliant in its youth, the wine has profound and undeniable notes of canned blueberry pie filling. Enough structure to hold it up, it was somewhat reminiscent of Blue Eyed Boy Shiraz or some of the better Washington State Syrah that I have had. The more I learn about Italian wines, the more impressive I tend to find them.

On the walk home, I Facetimed with Sonja, Zooey, and Titus, showing them the ancient, brilliant structure that is now a dining hall for freshmen, and allowing them to marvel, as I have, at the splendor of Harvard’s campus. That held my tiny toddlers’ attention for all of thirty seconds, maybe less, and we all said our goodbyes as I assured the kids I’d see them in the morning. I want to be home, I’ll be home tomorrow — of all the places to be stranded, this one isn’t that bad.  As I told one of my cohorts who needlessly apologized to me about the delay, “worse things happen to better people every day.” I’ll be home to my family in the morning.

Cheers to getting home, whenever that happens for you,