Good morning, friends! I apologize profusely for my long absence from posting, though I think I can say with confidence that there are likely to be more of those on the near horizon.  My time these days is not my own, with family time, many hours of professional development, working to figure out how to coach a cross country team virtually, my own fitness goals, and writing deadlines self-imposed and otherwise looming like sentinels, almost taunting me at this point. Over the past few weeks, we’ve eaten well, spent a lot of time together as a family, gone on walks, established movie nights, started watching movies that aren’t Frozen and Frozen 2 — it’s been great. Wine reviewing has been a busy task lately as well, and we’ve taken full advantage in pairing the wines I’m reviewing with meals. Here are some favorites from the past few weeks: 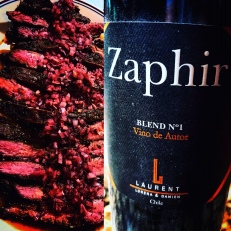 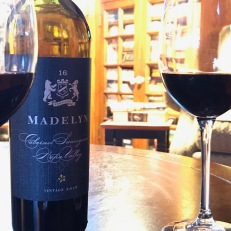 Yet, despite being AWOL from wine blogging, I’ve been exceedingly busy with writing. During quarantine, while we were still in school, I wrote 100K words of journal all in the third person, over the course of about six weeks. I chose the third person, which was admittedly difficult, so that I could be more candid, and it did work well in that regard. I stopped journaling only when school officially ended — our virtual graduation is Friday. I also wrapped up a book about teaching about the Holocaust, based on my own experiences doing so over sixteen years, that I hope to have edited up and submitted for publication by the end of next month. I’m also compiling book chapters from friends who teach about various sub-topics under the umbrella of Teaching Bravely (working title) and how we teach about difficult or sensitive issues; several people who eventually read this may be contributing to that. I thank you.

And of course, there’s all of the short form stuff. I’ve only written a few poems this entire year, and haven’t submitted any for publication lately. I’m tinkering off and on now with a short story, but that’s not my forte. And I’ve been writing essays like mad. If you haven’t encountered them, here are a few just from the past six weeks or so, if you’re interested in what I’ve been up to or desire proof that I haven’t just been sleeping in:

I wrote this piece for Ed Post about what next fall may or may not look like, thinking about how poorly designed schools are to prevent the spread of disease, but largely dwelling upon the fact that I’ve shaken every student’s hand on their way into my classroom almost every day for sixteen years, and I suspect I’m not going to be able to do that this fall:

I wrote this one about hoping that we might, as an educational community, wake up and realize after all of this that standardized testing is a damaging, antiquated, and frankly racist practice that needs to die a fast, painful death. It was first picked up by Ed Post. They published it, then rapidly unpublished it, and sent a lengthy explanation. Apparently pointing out that standardized testing favors the wealthy and has been used to oppress lower-class and non-white students for over a century is somehow controversial? Whatever it was, NNSTOY picked it up and ran it after that, and of course I’m grateful to them for doing so. Also, excitingly, the College Board is being sued and the entire Cal U system is ditching testing as an admissions requirement. Progress!

And then, of course, there’s the letter I penned to Senator Sasse and published in the Journal Star. This got a lot of traction last week, and the fact that Sasse still hasn’t issued a public apology for his ill-conceived remarks is frankly stunning to me. Apparently, humility is not en vogue in America in 2020. Go figure.

There’s more, of course, but I’ll stop burying you in hyperlinks now and just get around to saying that, in all of this, I seem to have gotten distracted from writing about wine.  I didn’t mean to, there are just only so many hours in the day. For the devoted readers of this blog, I hope you’ll forgive me.

Then a few days ago, I called up Mike and Mary Ann McNally, a couple of Nebraskans who moved to Oregon (after twenty-two years in Texas) to open Fairsing Vineyards. The interview was for a piece I’m doing for Dine Magazine (deadline: this Friday) and as I spoke to them I was instantly warmed from the inside. Such intelligent, kind people, and so much fun to talk about something as interesting yet admittedly inconsequential as wine. Of course, it is consequential to those who make their living producing and selling it, and I don’t want to make light of that, but for me, a teacher and a scholar of 20th century genocides, wine like sports (Go Huskers, Go Lakers, Go Chiefs) has always been a release. In speaking with Mike and Mary Ann about the nuances that make their wine and winery special, their family legacies, their ideas, I felt completely at ease, and the first draft of the article more or less wrote itself.

Then yesterday, I received an email from my editor at Edible Marin & Wine Country. She’d assigned me a piece on how climate change is impacting the wine industry and, well, frankly, I nailed it. But with the pandemic, upcoming publication had been uncertain. She’d initially asked me to hack my 3,300 words down by a thousand, and after I reread it a few times, well, I just couldn’t, so I sent it back to her as-was, knowing full well she might not run it. Her response yesterday was uplifting. The subject line was “Your piece!” and it read, in part:

Is excellent, Mark…so much interesting and important information. I’ll finish it today. I’ll be very proud to run this in the summer issue…

Then later, in a follow-up after it had been sent to a copy-editor:

Thank you for all of that hard work.  It is apparent how much respect you have for these pioneers, who are still forging the way today. Me, too.

It is true, of course, that I deeply respect and admire the winemakers I’ve come to regard as friends, but I was gratified to read that shecould see it in my writing. The article had given me occasion to get in touch with a number of winemaker friends — Stu Smith, Randy Dunn, as well as reaching out to some I didn’t yet know, such as Julie Johnson of Tres Sabores, Aron Weinkauf of Spottswoode (we’d met), and Dan Petroski at Larkmeade. With their contributions, it really is a good piece of writing, and I’m eager to see it in print. Wine is easy to write about, in part because I have acquired some level of education regarding wine and winemaking, but also because it is an art form I truly appreciate, and I love spending time talking to the artists who create it.

Last night, I made tacos for the family. I’m famous with my graduate students for having them over for tacos, a skill I learned from Mike Farmer. Mike made the wine at Opus One for a few decades, the wine at Mondavi for the few before that, then retired and started his own label, Euclid, with his son, Lucas. When I reached out to Mike years ago, he invited me over to his home in Napa to taste his wines. “I’ll make tacos,” he told me. In my mind I was thinking:  You’re going to pair a hundred dollar Cabernet with tacos? Yup! I’m a Nebraskan — I’m a steak guy, but Mike’s tacos floored me almost as much as his wine did; the salt and olive oil actually do a lot for the wine. So, I started making tacos, Mike Farmer-style, and I’ve gotten pretty good at it. Sonja made shredded pork to put inside of them — amazing! Zooey ate three or four of the tacos herself, I paired them with Mike’s 2013 Syrah, and the family spent yet another enjoyable evening in quarantine together. 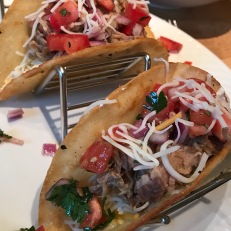 After dinner, we went for a walk. When we got back, I checked my phone, and who had texted me out of the blue? Mike Farmer. He was just checking in, saying hi. We texted back and forth, and he told me he had done a few projects on his house lately, a bathroom remodel, and also that he and Lucas were now making a Chardonnay. I look forward to trying it, of course.  Sonja and I put the kids to bed, and I refilled my wine glass and did some reading in the living room. I think I was asleep by 9:30.

One of the great lines from Hamilton is “Why do you write like you’re running out of time?” I think I do that too, though I lack A-Ham’s laser focus. I wonder sometimes, if I did focus, what I could do with all that energy. Then again, I have so many beautiful distractions in my life, and I’m not really ready to give those up.  I regret that I don’t have more time in my life to write, but I don’t know how to fix that. Hell, just prioritizing finally writing another wine blog this morning took me away from editing the book I’m hoping to send off to publishers next month, and now it’s 7:11, I’ve been up for two hours, and the kids will be up soon. I guess I’ll write again tonight, after I get done teaching my class at the University.

As ever, thank you for reading, my friends; thank you for allowing me a platform where I can ramble and be incoherent and self-indulgent as a writer and not have an editor tell me to use fewer “to be” verbs or cut the length by half. I appreciate you affording me this space. I don’t know when I’ll make time to write again, but hopefully it will be soon. Until then, I hope you have a wonderful week, and that you find yourself a nice bottle of wine to share with those you love along the way. 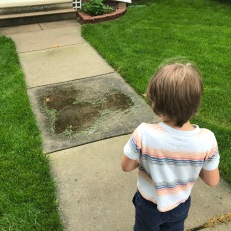 4 responses to “What are we writing for?”