It wasn’t as if I didn’t see this coming, our flights having been scheduled a few weeks in advance. Nevertheless, it was poor timing. As I landed in Omaha from a week in Seattle and took my phone off of airplane mode, text messages and push notifications started flooding in, one after another, buzz-buzz-buzz. There were four from Sonja, the final one reading “just boarded”. After having been gone for four days, my flight landed at 3:45PM on the same day that hers took off at 3:30 for a week of work in Memphis. I had been hoping her flight might be delayed — as mine had been when I left for Seattle, allowing us to at least share dinner in the airport, but no such luck was ours.

I called a Lyft and headed home, where my mother-in-law sat watching the kids in the playroom. Seeing Zooey and Titus after four days was amazing, and I felt like I couldn’t get enough hugs. It was quickly 5:00PM, so I responded to another of Sonja’s texts, the one that said “I made a roast,” and took the kids downstairs. My mother-in-law joined us for dinner, and I opened a bottle of wine.

The Steele single-vineyard Pinot Noirs are really something. The one I chose, sourced from the Bien Naciodo Vineyard of Santa Barbara, is yet another gorgeous offering from Jed Steele, the famed producer of more than fifty years of experience. A perfect ruby color, it fills the nose with rich aromas of bing cherry that carry over onto the palate. The presence of oak is undeniable, and notes of bright red fruits, cinnamon, and spices take control. 12 months on French oak add depth and complexity. At 13.5% ABV, it maintains its elegance, and at $36 a bottle, it’s a good value for a single vineyard Pinot Noir from such an excellent producer.

After dinner, my mother-in-law headed home, and I took the kids downstairs to watch Sesame Street before reading stories and heading to bed. The routine at night is far more difficult when flying solo. The usual approach of “you take one I’ll take the other” just doesn’t work, but when one of us is gone the other manages. The thing is, it’s not about inconvenience when Sonja is gone. The house is just… different. I remember a track from the Billy Joel Piano Man album called “You’re My Home” in which he professes to some unknown woman “Wherever we’re together, that’s my home.” Our house is wonderful, but somehow slightly less a home without all of us in it. 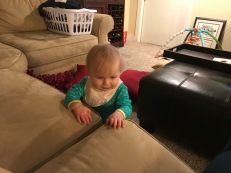 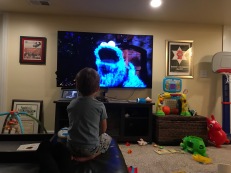 I’m certainly looking forward to Sonja’s return on Friday. In the meantime, my parents have come down for the week, in part to help watch the kids, and in part to help me build another rack in the wine cellar as a birthday present. Stay tuned for future installations of “The Wine Cellar Chronicles” in due course!