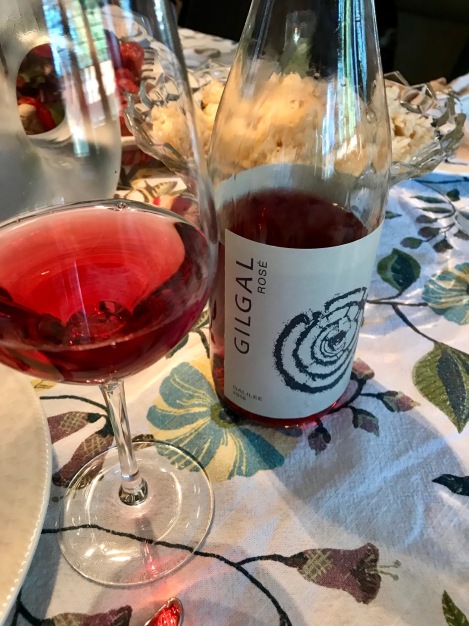 I first visited Israel in 2010, the same summer that a flotilla of Turkish civilians attempted to break Israel’s military blockade of the Gaza Strip, to study at Yad Vashem and to take in an entirely new part of the world. It was an amazing place, so different from what I was used to yet utterly inspiring and full of wonderful people, a heterogeneous mix of every religion, race, and nationality imaginable. Two weeks were scarcely enough, and after spending so much time at Yad Vashem, visiting Masada, floating in the Dead Sea, traipsing around the old city, and much more, I was not ready to leave. At that time, not yet having met Sonja or honeymooned in California wine country, of course wine was the thing furthest from my mind.

About four weeks ago, my friend Mark, a college professor in roughly the same field I am, texted about getting dinner. He and his wife, Meg, have been close friends of Sonja and mine since they moved here from Canada several years ago. Mark sent me some dates that he said would work. I looked at my calendar, which had me leaving town for Bosnia and the UK over most of his available dates, and texted back that the date that worked best was last night. I think we both rolled our eyes insofar as this is possible via text message — ridiculous to be so busy that dinner with friends has to wait a full month. Nevertheless, it did leave time for the anticipation to build, and by the time they arrived last night Sonja and I were extremely excited to see them. I try always to make time for the people who matter in my life, no matter how busy I am.

I never remember what I have cooked for people in the past, which wouldn’t matter much until I realize at a dinner party from time to time that certain guests may rightfully conclude that all I can make is coq au vin or cheeseburgers. Last night, Sonja made risotto in her instant pot, a cool new trick she picked up lately, and I threw vegetable kabobs on the grill — something I’ve only recently begun, and then I cedar planked the heck out of some salmon. As an aperitif we had mojitos made from the mint that grows like a weed next to our patio, and Mark and Meg brought dessert — Meg makes the best gluten free desserts of anyone I know. And, of course, we paired wine with the meal. 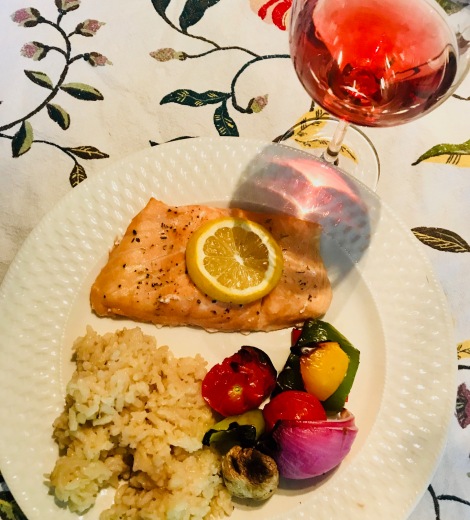 Given that Mark and I had both been taken to Israel by our work, I thought Israeli wine, which I am rapidly falling in love with, would be a nice addition to the meal. Gilgal is a second label of Yarden, a producer that I’m often raving about in my reviews. Friends of mine in the local Jewish community have frequently lamented that there is no good Israeli wine available in our market, which was at least in part my inspiration for going out and finding this one and making sure that, come this fall, Nebraskans will have access to it.

The 2016 Gilgal Rose’ is a vibrant pink-tinged wine. Made from Syrah grapes sourced from Galilee, it is expressive and fruit driven, with the tartness and refined tannins of cranberry showing in front of layers of strawberry, rose hips, and something I couldn’t quite place — not vanilla, but much like that, which added depth to the wine. I’ll have to revisit it in the future and give it more thought. Last night, catching up with friends, I was simply pleased with how well it paired with our meal and, after we put the kids to bed, a fire on our patio. 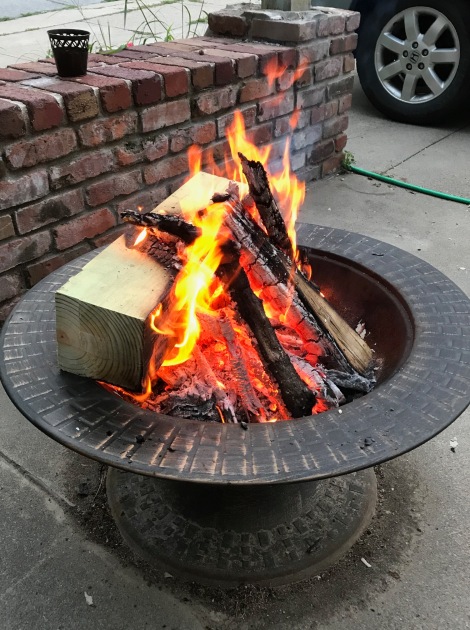 One night in Jerusalem I was walking around in the old city, maneuvering in the dark through narrow passages, surrounded on all sides by high walls, my view of the sky occasionally obscured by clotheslines or power cables — an intriguing juxtaposition of ancient history and the modern world. Israel is that juxtaposition. I found myself in the Muslim Quarter of the city, and suddenly fireworks went off above. I moved toward their source and peeked through a large gate, only to find a courtyard populated by many people — too many to count. As I peeked inside I was noticed by a large, bearded man who, despite my appearance, beckoned for me to enter. From what I could deduce, the event was a wedding reception, and while I stayed only briefly at the party that moment has stayed with me far longer. Everyone is busy, few more so than I, and yet I firmly believe that human beings need to make more time for one another, need to seek to include one another, need to on principle always make time for one another. We’re going to eat a meal every night regardless of how busy we are, so why don’t we more often join one another? You’re welcome in my home anytime. I’ll be sure there’s wine on the table.

Cheers to making time for other people,