This week was… weird. One of those experiences where the things you think you know turn out to be half-truths, the things you depend upon evolving all around you, certainty waning. There’s uncertainty and trepidation where I work, and that bleeds into everything. A long and difficult work week leading to a weekend that was less relaxing than I’d hope, yet enjoyable all the same. Time spent with old friends and new ones was refreshing. Sports went awry.

I’m not much of a gambler, but when I was offered a spread 2.5 points better than Vegas and in favor of my Huskers I took the bet. We were tied in the second half after a pick-six, and we covered for 51 minutes, but I lost the bet, the Huskers lost the game, and the whole thing felt unpleasant. My fantasy team lost OBJ (OBJ also lost OBJ) to a fracture, it sounds like, in all probability ending my season (and more importantly, his). That said, I was winning last night thanks to the excellent play of Alex Smith, right up until the last four minutes of the final game, when the Texans scored in garbage time, and I lost. The only good thing was that my Chiefs remain unbeaten, 5-0.

Even worse, the last JV cross country meet of the year was cancelled due to weather. This is an odd way to end the season. Fortunately, we found a replacement meet, but of course it’s the same night as Sonja and I had show tickets, so I have to figure out how to reschedule those. Discombobulation all around.

I’m not used to my Huskers losing; I still remember and long for the glory days of two decades ago. I’m not used to my fantasy team losing. I’m not used to losing bets. And I’m not used to the Chiefs being the best team in the NFL. All of this is foreign to me. It was a weird week, but capped with some pretty good wines, many of which, like my sports experiences, were foreign. Here are a few highlights:

I reviewed this fun Dave Phinney from Duoro earlier in the week. Read here: https://itheewine.com/2017/10/07/put-a-bow-on-it-locations-p4-review/

Always a favorite, I’ve reviewed this beautiful Aussie Shiraz many times before. 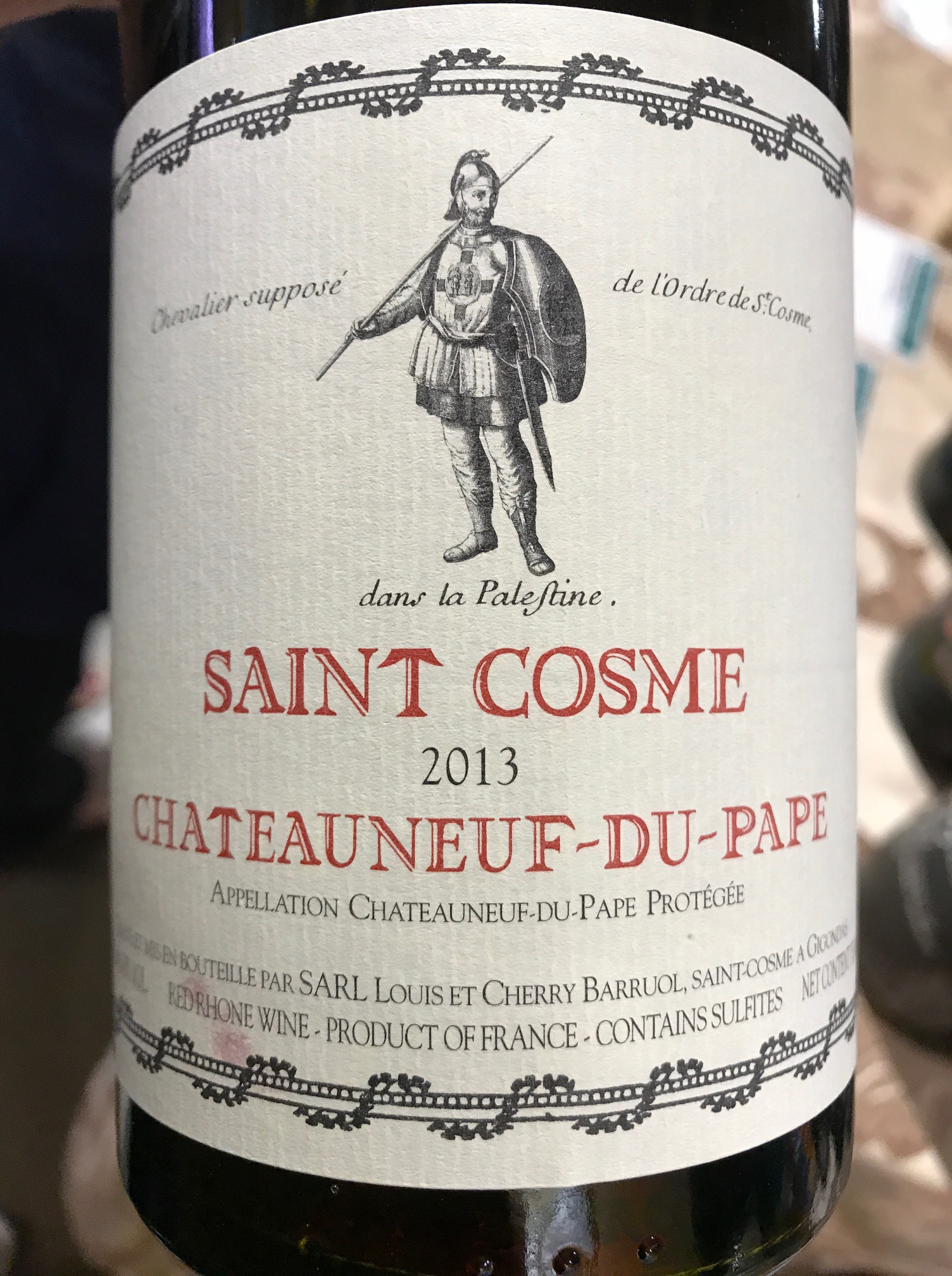 From the new castle of the Pope at a free tasting? What’s not to like? Fascinating wine, very Old World, very French, very Rhone, very C-d-P. I don’t try many of these, but I liked it.

This one caught me off guard. Very New World in composure, a fruit-bomb, yet nicely balanced. Solid QPR. I recommend it.

Classic Rioja, nicely aged, reasonably priced. Worth trying if you find it.

My favorite of the week, this wine is a monster, black fruit driven, and 100% Garnacha. Gorgeous stuff, and priced around $12. I highly recommend it.

Another week in the books. Here’s to the hope that the Chiefs keep winning, the rest of my teams figure it out (unlikely, given that NU plays Ohio State), and that we all get a bit more good wine this week.